In 1913 John Copley and Ethel Gabain were married and their union brought together two of the most original and prolific British artists of the 20th century. Both were committed to printmaking and each produced a considerable body of work of great inventiveness and consistency.

In later life both took up painting as the market for prints first subsided and then collapsed. John Copley was elected President of the Royal Society of British Artists and Ethel Gabain was appointed an Official War Artist. In these roles they showed energy and adaptability as their work saw its last flowering.

Their visions were entirely separate from one another, despite the proximity in which they worked. An emotional charge runs through their subjects; Ethel Gabain sympathetic and direct, John Copley’s somewhat detached, a perceptive observer.

Ethel Gabain’s close identification with the preoccupations, feelings and dreams of young women was sustained throughout her working life. It is difficult to avoid an autobiographical reading of some of her subjects and her perceptive and sympathetic stance combines so effectively with her skilled draughtsmanship, later put to use to describe women’s work in the Second World War. By her son’s account, she was determined and courageous, never quite resolving the conflict between her sense of propriety and her adventurous nature. She had a successful career and her great ability was recognised equally by her dealers, her fellow artists and the War Artists Committee. Although she made etchings and paintings, it was her early discovery and love of lithography which defined her personality as an artist.

John Copley produced a significant body of work both as a lithographer and as an etcher. His range of subjects was broad and his technique expressive. An air of detachment defines his work. He is an observer of life, noting its strangeness even in the ordinary. Theatres, restaurants, sporting arenas, concert halls and the city streets all provided him with subjects which he conveys in his idiosyncratic and sometimes peculiar manner. Action inspired him and he studied movement, gesture and identity in those he observed. Briefly in his late etchings, emotion invades and a personal element is evident.

Their visions remain their own. His detachment from and her involvement with their subjects is in contrast. Her portraits demonstrate awareness of the inner being in a direct, descriptive style. The people in his works provoke in him expressive and dynamic compositions.

As artists who expressed themselves principally as printmakers, their work is rarely on public display. However since their deaths in 1950 and a period of neglect which followed, their work has gained a new following and been celebrated in exhibitions in London and elsewhere. 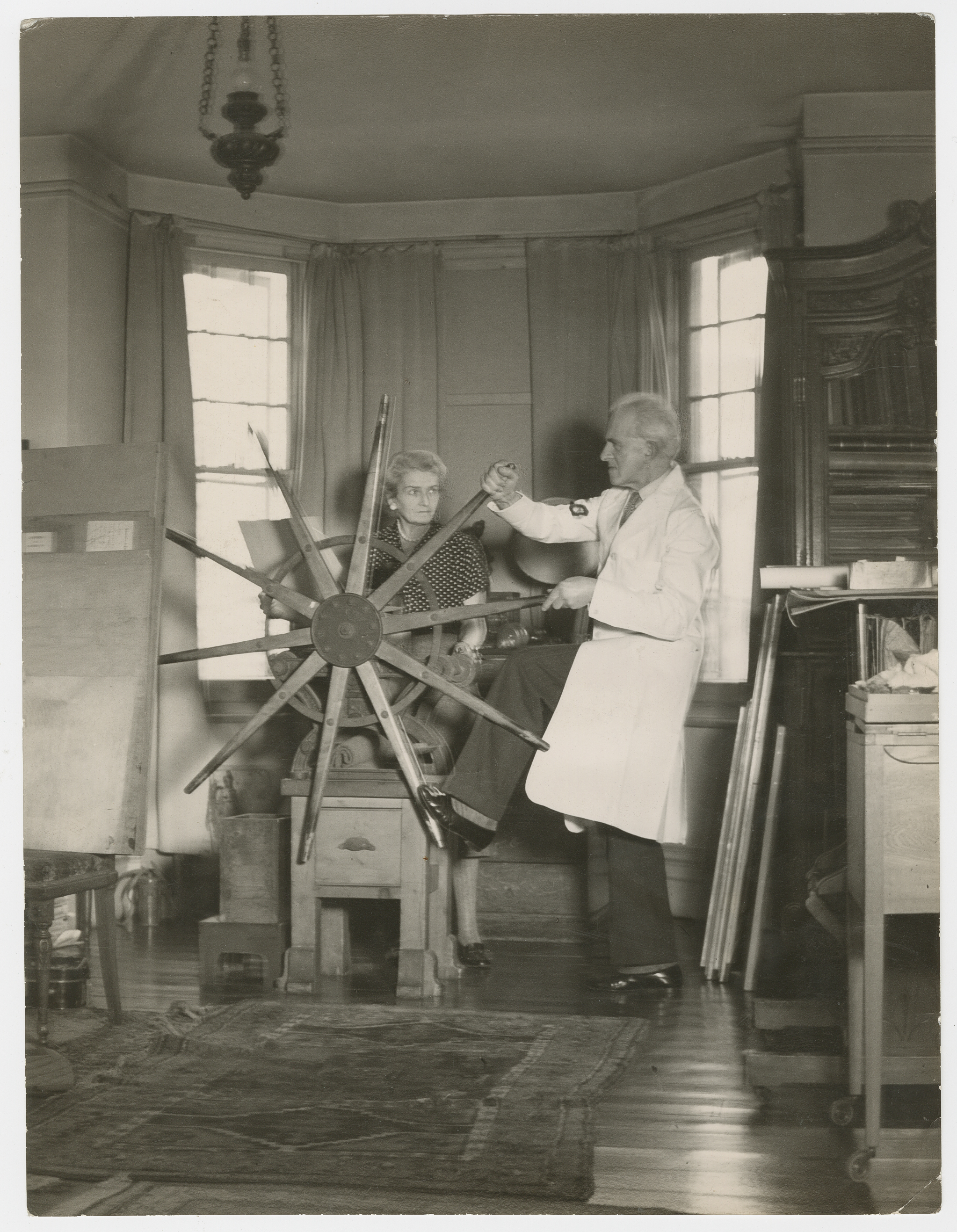